I recently reworked some older pieces I have had around for a while. Maybe there was nothing wrong with them but I just didn’t like them. So, I got out my paints and now they are something different. Hard to say if this is the last incarnation or not.

Here are two sets of evolutions. I think it’s interesting to see where I have been going with my painting.

The first painting, “Just a Sliver of a Street”/”Half-Hidden House”, went through three looks and the first two are related. The third time, I was tired of reworking a scene I didn’t like much and so things veered off in another direction. 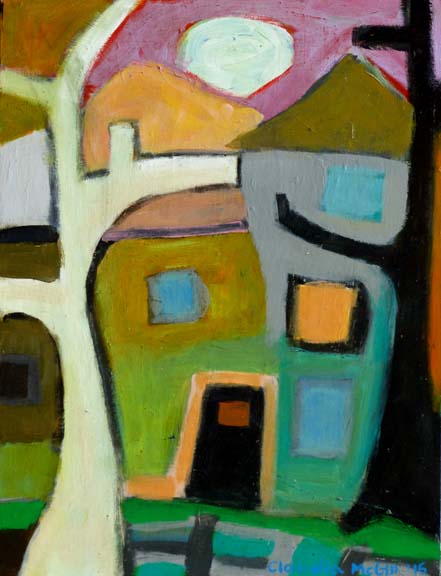 The next one, “Ghost House”, also went through three changes. In this one I liked the idea of the painting but the way I wanted to go about it had changed over time. 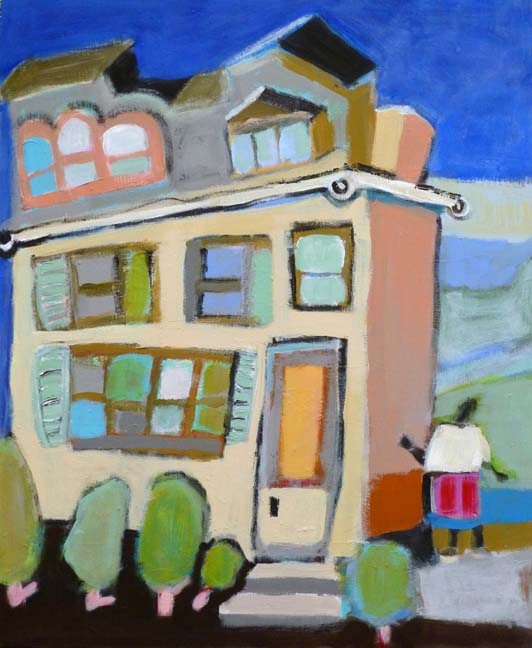