It’s constructed in the usual slab rolled into a cylinder way – cat head added on top. It was then bisque fired.

Next, I covered the head only with a copper oxide wash. I meant to wash it off, leaving it only in the crevices, as is my usual habit, but I forgot, and I then waxed it (as well as the bottom) to form a resist because I planned to dip glaze it. As you know, the wax “resists” the glaze when I apply it – it runs right off – so that the head will not accept any glaze and stays copper.

So I did this wax bit and I dipped the figurine into one glaze color head first, another one from the bottom up, and poured two more selections over his mid-section. When I finished and was doing a gentle clean-up of stray glaze blobs on the cat’s head, the wax started flaking off.

Oops, I learned something here – the instructor told me that wax will not stick to the metal washes we use. (I’ve had success with waxing a metal-washed item before because I rinsed so much of it off when I seek to remove it except in the item’s crevices). Not the case here – there was too much copper and hence, the flakes.

Well, what was done was done. I sent the guy into the fire. You saw what came back. He looks great, I think. I like how glaze droplets (which stuck to the head where the wax peeled in the glazing process) interacted with the copper to give him shiny freckles, and how the copper migrated and left him with a spotted look to his face.

Also, here is a (blurry) closer view of the area near the front bottom of the piece. The lovely colors are caused by the overlayment and dripping of the several glazes I used during the firing process.

A while back I got some pads of blank postcards, watercolor paper in composition. This image is done on one of those and is about 4″ x 6″. I used India ink and acrylic ink. It was made in April, 2019. 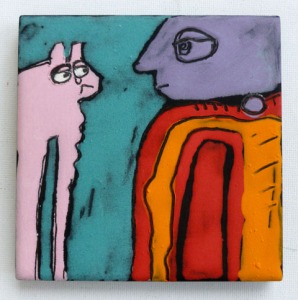 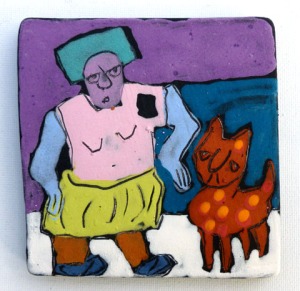 Just keep adding and you will end up with something interesting. I know you’ve heard it before, but  – That is my philosophy all right. 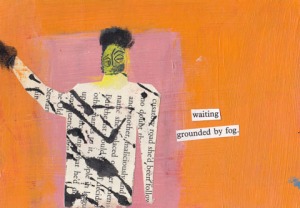 One day in November, I got out some supplies: India ink, a Chinese brush, and two packs of watercolor paper postcards I had bought to try out. I had a pile of photos, too, plus my imagination.

Quick and fast I made these drawings.

I enjoyed it. I’ll do this again. 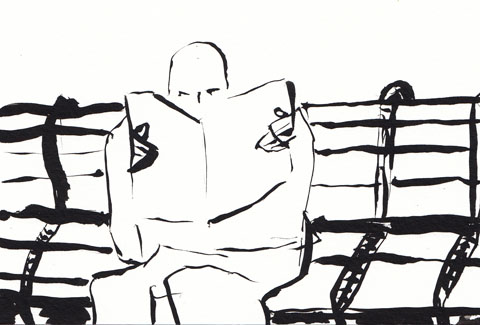 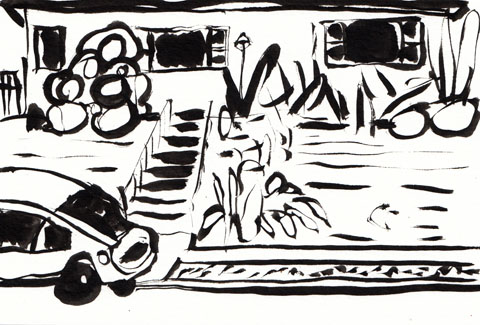 Back in January, 2018, I made these tiles – at that time I was working on a lot of them, and I did several small themed groups. This one features electronic items from around my house…plus a cat. 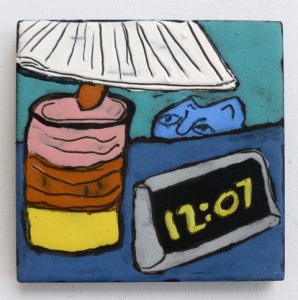 Here are the photos. 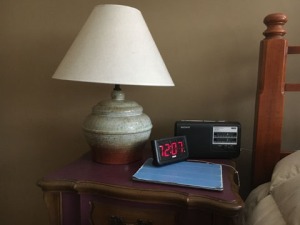 so, I made some cat tiles. Velvet underglazes on lowfire clays, December 2017, fired at cone 06.

Here are some clay tiles done in October, 2017.

Goat, 6″ x 6″. I did this one from a photo my husband took – a local park had “hired” two goats to eat invasive vegetation. 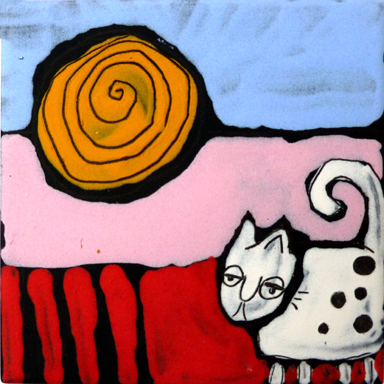 Insect, 4″ x 4″. From a photo I took at the Morris Arboretum, the original was standing on a leaf.

As I promised, here are the rest of the envelopes I made for my swag bag items for the upcoming indiemade craft market on December 2.

For an explanation of why I created these little envelope-drawings, look here for the full story and to see the other examples.

All right, let’s get to it. Here are the rest of the envelopes that I have to show to you. And remember, if you want a swag bag, you need to get in line around 8 AM. And – dress warmly! 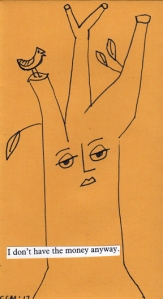 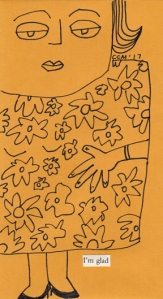 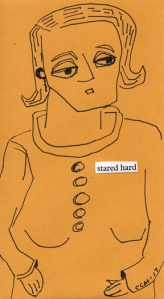 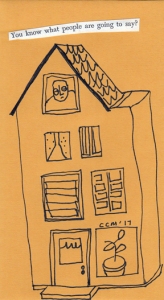 On December 2 I will be participating in the indiemade craft market in Allentown, PA, with my clay work. I love this show, seeing many art friends at it every year, and the two women who founded the event are really special people and have become valued friends of mine.

One thing that is a tradition at this show is the swag bag given to the first 50 people in the door (yes, this show is held indoors!). Now, remember, it is December, and it is cold. Some years it has been snowing, and it’s never been balmy weather. But people line up outside the building for up to 2 hours to get one of these bags.

The bags are filled with examples of the work of us artists – we each donate at least 10 items toward filling the bags. The bags themselves are custom-made and differ each year.

I’ve always put my little items in envelopes and decorated them in some simple way. This year I went a little extra. I drew on each envelope and added a snippet of print. I’ll show you some samples of these envelopes here in part one and the rest in part two, a bit later on.

I made about 45 of these envelopes but I did not scan them all – just my favorites. I forgot to measure their size and I’ve thrown out the box, but I think they are about 3″ x 6″, more or less. 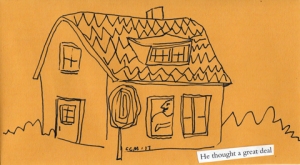 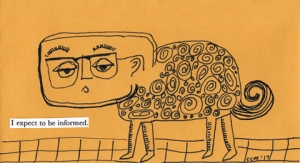